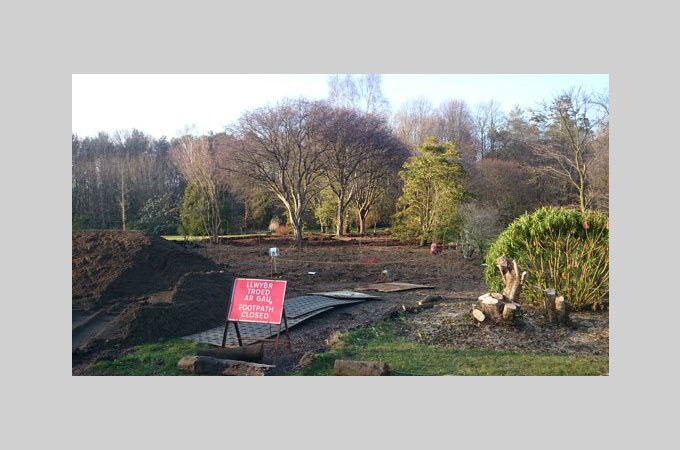 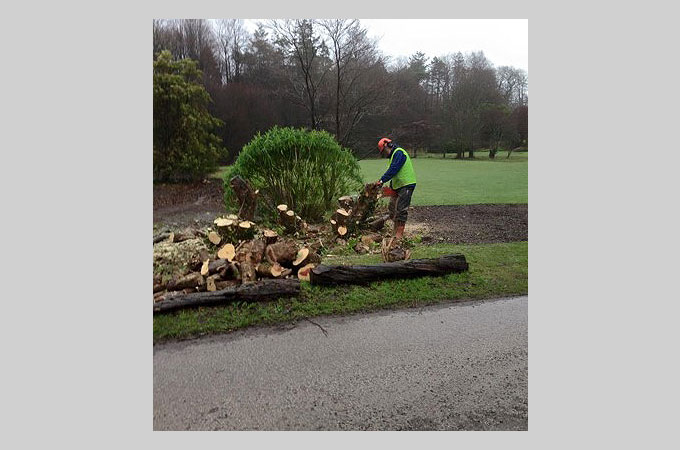 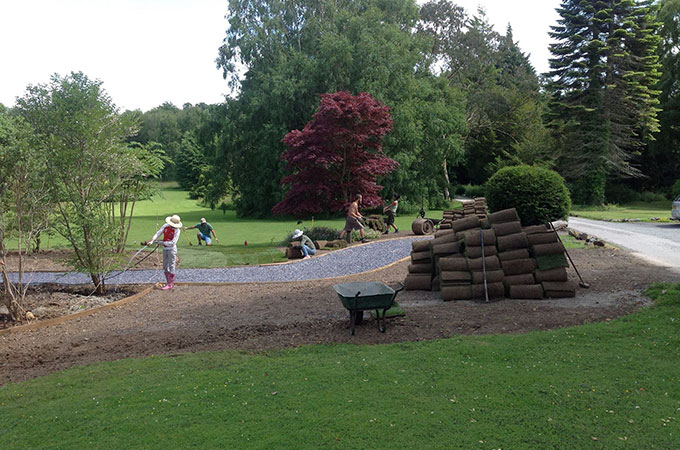 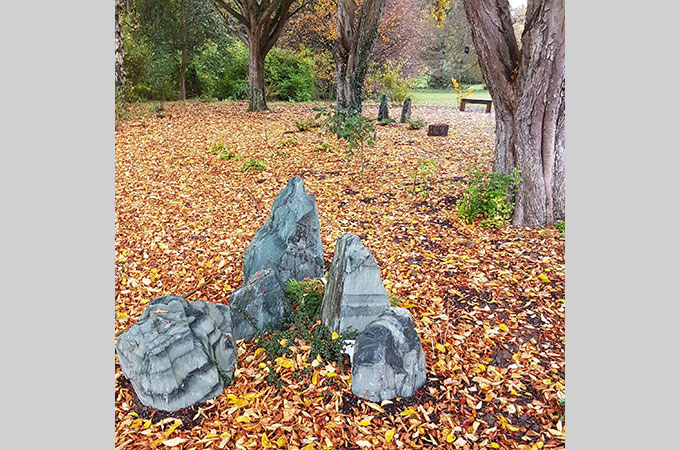 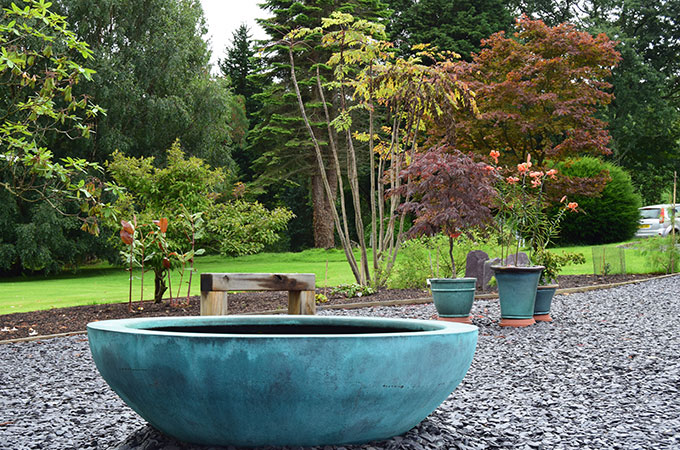 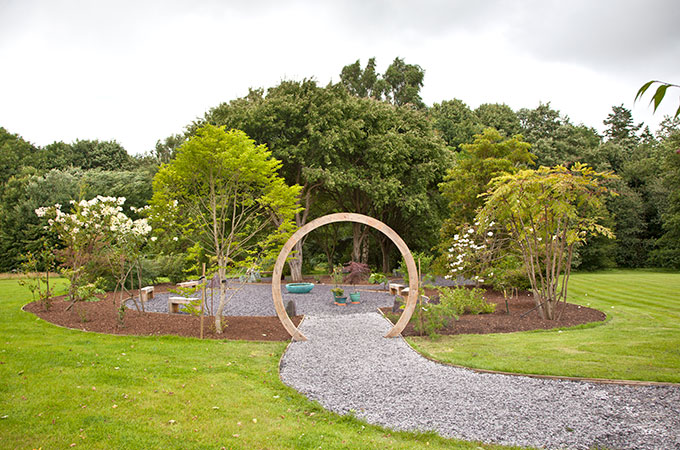 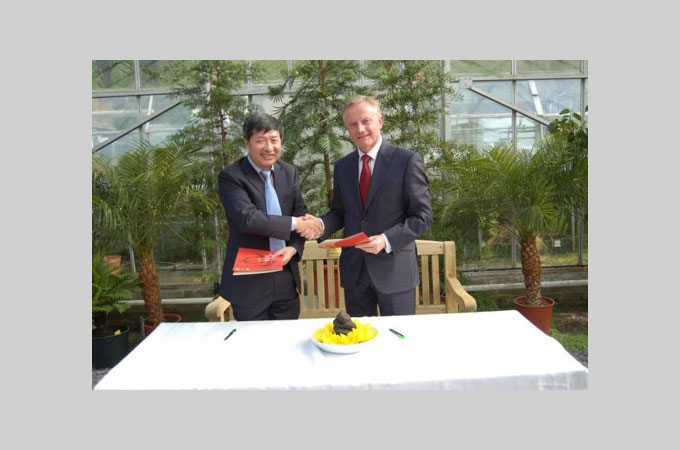 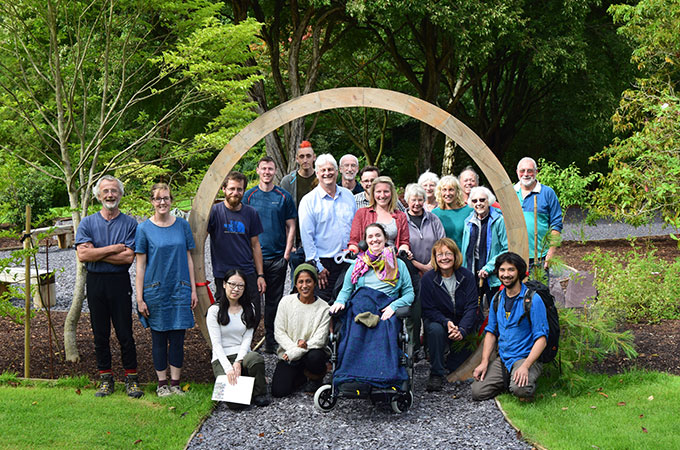 The Two Dragons Garden Project is a collaboration of Treborth Botanic Garden, the Xishuangbanna Tropical Botanic Garden in Yunnan and the Royal Botanic Garden Edinburgh, with continuing funding from the Confucius Institute at Bangor University and the British Council.

This initiative refers to the national symbols of China and Wales. The aim of this project has been to develop innovative training programmes for graduating students to gain work experience in botanic gardens in Wales and China, and to help them and others into gainful employment and career progression in the horticulture and environmental education fields.

The project has built relationships between training providers, employers and the host botanic gardens, and has created new curricula for vocational training in horticulture and botanic gardens education. The trainees have spent varying periods in one or other of the partner botanic gardens and have developed expertise that has then been applied in their work-places.

The other component of this project is the development of a Chinese Medicinal Garden at Treborth Botanic Garden, designed to demonstrate aspects of the native flora of China and the ancient philosophy of plant use in traditional Chinese medicine over the last two thousand years which maintains its importance to the present day. The garden also allows for scientific research into the biochemical basis of plant medicinal properties.

The site for the Chinese Garden began as the original Trocodendron (wheel tree) border opposite the main laboratory and glasshouses. It was an appropriate location as the bed contained spectacular mature specimens of the Hubei tea crab apple (Malus hupehensis) and the architectural multi-stems of an Aralia undulata.

Work began in 2013 removing scrub and specimens from the existing bed and marking up the new bed design and plans for hard landscaping. With help from local contractors the site was landscaped into three curved sections, one larger front area and two smaller shadier pockets forming a nest around the Malus. The central arena is a space for quiet reflection, creative and educational activities and traditional Chinese self-practice exercise, the latter being central to the philosophy of Chinese medicine.

We are working on a phased planting plan, pruning and shaping the existing species, and have planted structural trees and shrubs including Betula ermanii, Forsythia suspensa 'nymans', Hamamelis mollis, Cornus kousa var. chinesis and architectural species including Tetrapanax papyrifer, Rheum palmatum, Decaisnea fargesii and dwarf prostrate conifers that surround the plum and jade slate monoliths. These slate structures were kindly supplied from Derbyshire Aggregates and have drawn inspiration from essential elements: artificial mountains (jiashan), tray landscapes (penjing) and scholars' stones (gongshi).  These are displayed in the beds to capture the essence and spirit of nature through contrasts. The hard landscaping is completed with a bespoke larch moongate, a circular opening that creates an elegant, spacious entrance to the garden and is a traditional architectural element in traditional Chinese gardens. A Pinus armandii clothe the gates, to replicate the gnarled, semi-bonsaied pines that are commonly grown adjacent to a moongate. In China, a fungus (Wolfiporia extensa) grows on the root of the pine-tree, and is believed by the Chinese to suppress all sensations of hunger, cure various diseases, and lengthen life.

We continue the planting of dry shade species under the Malus with Sarcococca hookeriana var. digyna, Ilex crenata, Lamprocapnos spectabilis, Kirengeshoma palmata and a variety of Epimedium. The more moisture retentive beds to the furthest end of the garden have been colonised with Astilbe chinensis, Podophyllum hexandrum,and a variety of medicinal ferns including Polystichum polyblepharum, Dryopteris crassirhizoma and Matteuccia struthiopteris. The planting plan for 2017 comprises medicinal dwarf rhododendrons, Cornus, and Rubus and herbaceous perennials including Asters, Peonies, Artemisia and Salvia.

Find out more about the Two Dragon Gardens Project.