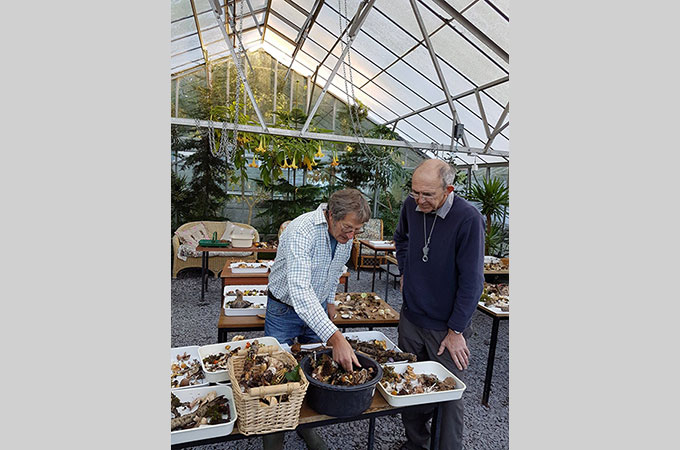 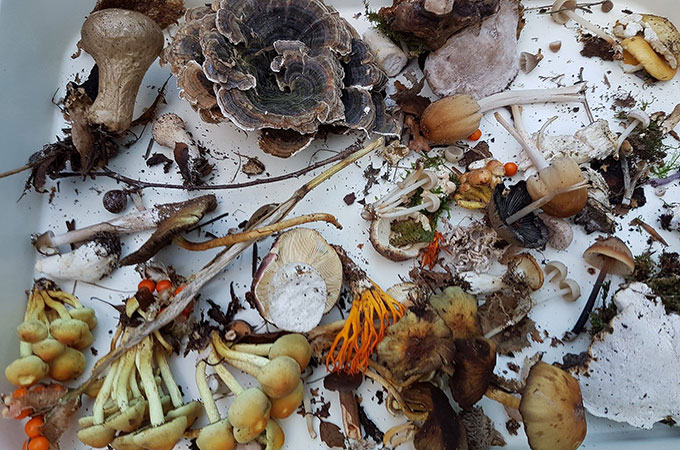 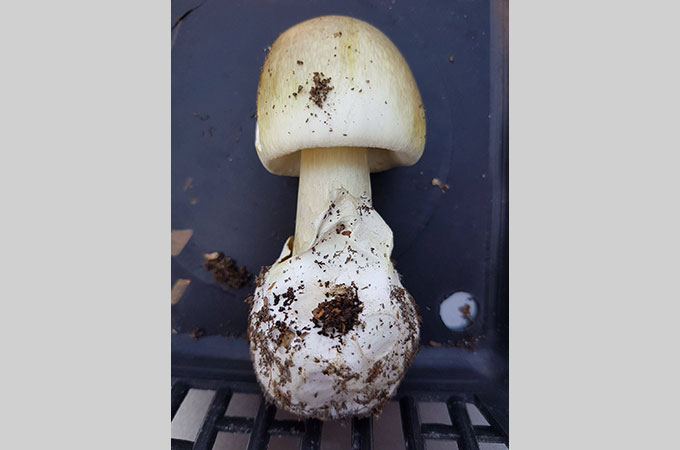 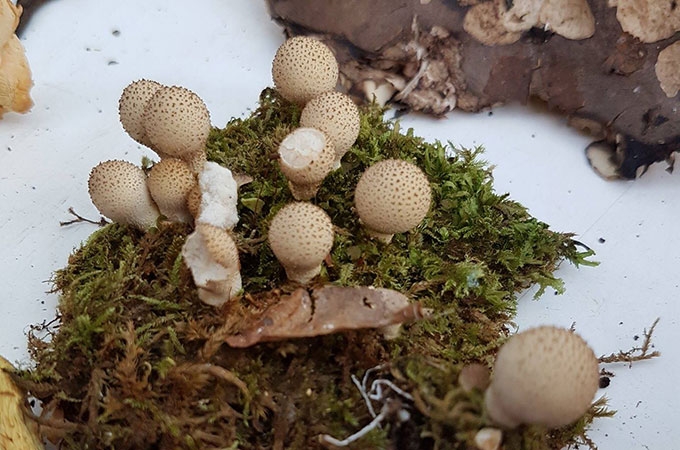 With its combination of lawned gardens, specimen trees and a variety of woodland ecosystems, the botanic garden hosts a wealth of fungal diversity. From late summer onwards the familiar mushrooms and toadstools start to appear; they are easily noticed growing under the specimen trees of birch and hornbeam and you might see the notorious greenish Deathcap (Amanita phalloides), and Lactarius circellatus, which is specific to hornbeam. In the woodlands themselves the oak, birch and beechwoods have different fungi associated with them. A wide range of soil types further enhance the fungal diversity, with the Deathcap preferring the more calcareous soils while the gaudy Fly Agaric (Amanita muscaria) is associated with the more acidic soils under birch.

The mycota (or ‘fungus flora’) of the botanic garden is one of the best known in North Wales and fungus forays have been held there for over thirty years. You don’t need to be an expert to marvel at the sheer diversity of toadstools, brackets, puffballs, jelly fungi and stinkhorns that turn up on these forays. Since 2013 the forays have been held on National Fungus Day during early to mid-October and each foray has produced rarities; in 2013 Callistosporium pinicola turned up on rotten pine wood, only known from one other site in Britain! Also, there are myriads of smaller and inconspicuous fungi still to be explored and who knows what might turn up in the future!